The very style 2 seater is also the fastest factory Mini ever.  A 1.6L four cylinder engine paired with a 6 speed manual gearbox.  A six speed automatic gearbox is also available  for the Cooper Coupe and the Cooper S Coupe.  The EU standard lists fuel consumption at 18.51 kms/liter. (You know that is not as good as the Demio!)

The 2 faster models add a twin scroll turbocharger and direct-injection to the 1.6 liter engine.  In JCW trim, the Coupe has 208 horsepower at 6,000 rpm.

Perhaps it should try stealing the Toyota Lexus LFA of its  Nurburgring title? 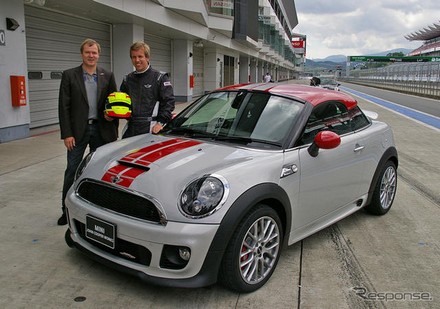