2012 Nissan GTR to have back seats removed!

The 2012 Nissan GTR model to be sold from this November in Japan will have a “TRACK PACK” version which will inherit the present Spec-V’s DNA plus the lightness of having no back seat for ideal trackday performances.

By improving the Nissan GT-R’s engine efficiency, its fuel economy has been decreased from 12L to 11.8L/100 Kms, not that people own a GTR to decrease their fossil fuel footprint! At the same time engine output rises from 390kW to 404kW at 6,4000rpm, also maximum torque from 612 to 632Nm from between 3,200 to 5,800 rpm.
Engine response and torque at mid- and low-speeds, and power at high revs, has been significantly improved due to;

The transmission changes too: a strengthened design of the shift fork arm and a firmer fixing bearing. The use of racing oil in the transmission (why didn’t they do that before?).
If I write much more (actually copy details from another site) this blog may be sounding like an advertisement for Nissan!

It astounds me thought the details the Nissan engineers get into! Sodium filled valves to reduce heat of the exhaust fumes! Come on! Where did they get that idea from, the nuclear industry? Don’t those guys take a couple of years off and enjoy their previous creation?

I suppose with the European super car makers as well as Toyota biting at their feet there is no time for a break.

It goes without saying, but I will say it, save up to 50% on your next Nissan GTR and buy them in the Japanese used car auctions. 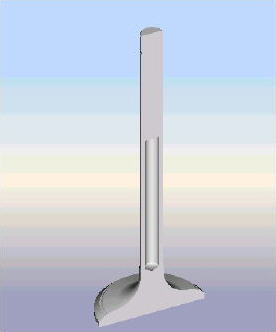