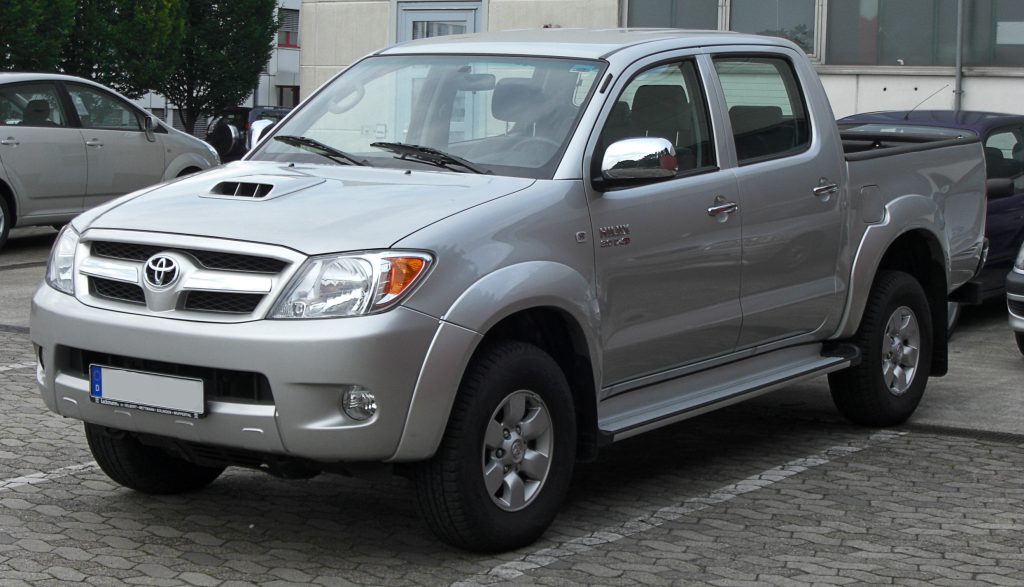 The Toyota Hilux has reached its eight generation in 2015, now being assembled in Thailand and Argentina. This, along with a few other models, is one of the manufacturer’s most known models. Its popularity had exploded when the British car show “Top Gear” put an old Toyota Hilux to its limits, as they tried to destroy it in a more comical, British style, but in reality the car actually survived most of the abuse. Then again, the Hilux’s popularity exploded again when the Top Gear team took it to the North Pole in a race against a dog sled.

Truth be told, the Hilux didn’t need any extra commercials. It is one of the toughest and most reliable pickup trucks in the world. Its build quality and engines are legendary, while the suspension can take a lot of abuse.

The 2015 model comes in a lot of versions, but we are going to recommend just the one that we consider best. To be fair to everybody, we are going to select one diesel engine and one petrol engine.

The winner for the petrol engine is going to be the 4.0L V6 and not because it’s the biggest engine, but because it’s the only engine that in our opinion can handle what the Hilux was built for. The diesel engine of choice is the 3.0l 1KD-FTV Turbo. Regarding the cabin, it really must be the 4-door model, alongside four-wheel-drive and honestly, for the transmission, it really doesn’t matter, the automatic version is actually good for going off road.

The looks of the 2015 model are decent. It’s not very pretty, but is far better looking than the older models. The options list for the interior trim isn’t pretty large, but good looks and options aren’t some of this car’s pluses. Toyota Hilux is the car that you want by your side when going on the African Safari. It’s the car that can tackle the Australian outback with ease and, believe us, this means something!

We are really disappointed that Toyota offers only one decent petrol and diesel engine for the Hilux. We couldn’t believe that the lowest power is 102hp for the diesel and 139hp for the petrol. If you are deciding on buying a Hilux, please consider the top of the range engines. We tried the middle petrol engine and if felt incredibly slow and very down on power, it didn’t feel like a Hilux should feel.

The Hilux is every truck lover’s dream. It should be the absolute standard for well-built and reliable tough machines. Personally, we would fancy going on a 2 weeks to one-month off road adventure with the truck’s latest generation model!

www.carmagazine.co.uk: “Its build quality and off-road ability is second to none, and combined with a 3.5t towing capacity, the eighth-generation Hilux is still – despite fierce competition – one of the best proper pickups on the market.”