One of Japan’s largest auto shows “Osaka Auto Messe” ,大阪オートメッセ, was held from February 10-12 at Osaka Intex.  I had the opportunity to take three customers visiting from the U.K and Israel.  The show’s primary focus is modified cars and aftermarket parts.  The show averages a little over 200,000 people every year.  It took a few hours to get through the auto show but every minute was worth it.  One of the halls were dedicated to food and R/C racing events.  The french fries with mayo and cod’s roe was amazing! 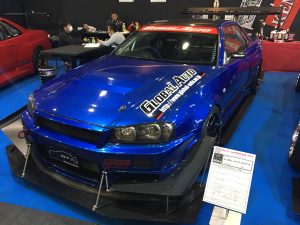 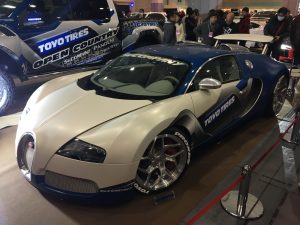 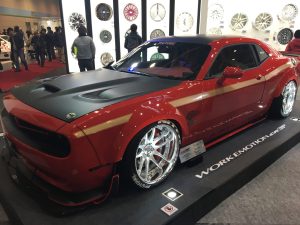 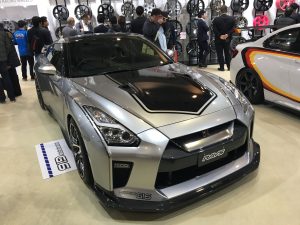 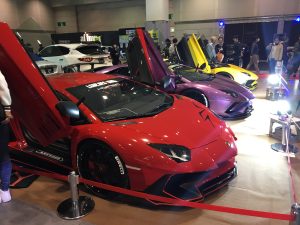 Some of the cars are owned by auto parts shops and others are owned by individuals. What seemed to amaze my new friends was the amount of money and dedication that has been invested into these cars.  One of them said, “In the U.K. modifications are mostly made on the exterior.  In Japan it’s the exterior, interior, engine room….everywhere!” The day before the auto show I took them to Super Autobacs in Kobe.  Autobacs is a one stop shop for all car care needs and more.  They carry anything from oil filters to turbo mufflers.  If you want to do some serious modifying on your sweet ride this is the place to come.  After a while I had to sit down in one of the bucket seats on sale while my UK friends shopped around.  It was satisfying to see them “ooh and aah” as if they were in a toy store with toys and gadgets they have never seen.  If you love cars this is a must go destinations when you visit Japan. 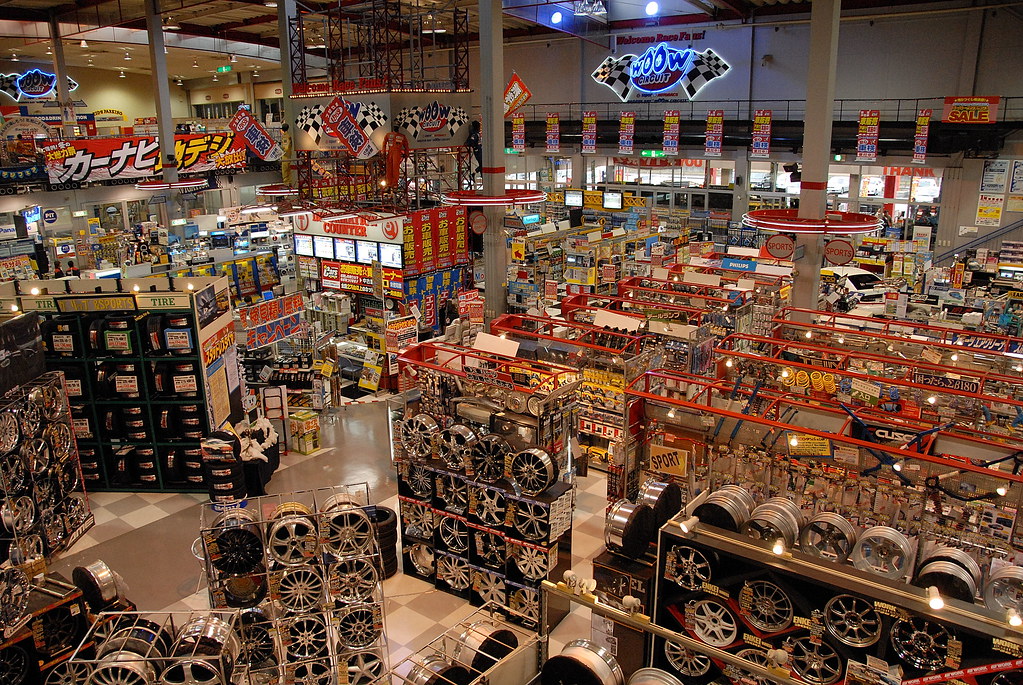 After visiting Autobacs we went to the auto auction nearby.  The photo below shows about 10,000 cars at the auction yard.  About 1000 cars are sold every hour.  FYI, this is not the largest auto auction in Japan though.  The largest auto auction sells approximately 1400 cars an hour!  23 cars a minute!  I used to sell cars in the U.S. in my 20’s and barely sold 10 cars a month!  LOL!

The Japanese auto auction sells more than just Japanese Domestic Market cars.  There’s plenty of European and American cars available as well.  Ferrerai, Bentley, Lamborghini, Mazerati, Mercedes-Benz, Rolls Royce were a few that greeted us at the auction entrance. Which one would you want to place a bid on? All in all we had a great time going to Autobacs, Japanese auto auction and the auto show in Osaka.  The great news is that relationships were built and new business opportunities have been made.  If you’re thinking of buying a car from the Japanese auto auction please call or email us.  Let us help ship your dream car to you!