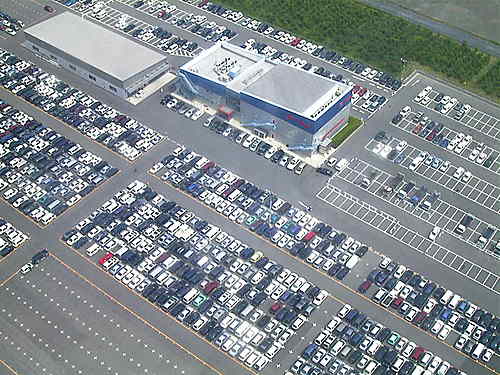 TAA, or Toyota Auto Auctions, one of the larger Japan car auction houses in Japan. 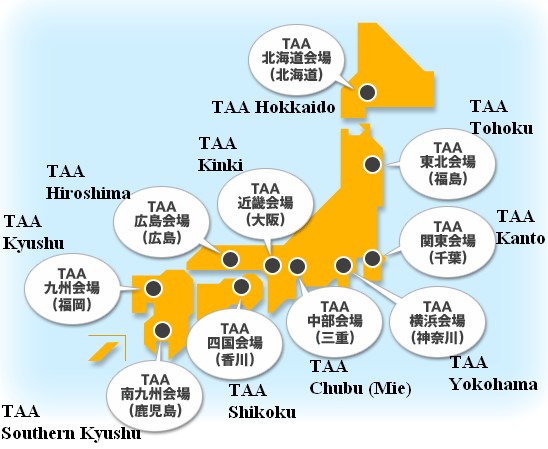 Starting from the top of Japan we have:

TAA Hokkaido.  Thursday car auction.  Look to add up to 35,000yen extra transport to get a vehicle down to one of the major exporting ports, Yokohama, Tokyo, Nagoya and Kinki ports.  If we buy from here, transportation to a local port is generally too expensive.  Also this Japan cars auction is in a snowy area so best to avoid.

TAA Tohoku.  Thursday car auction.  Look to add up to 25,000yen extra transport costs to get a vehicle down to the major exporting ports.  Again we tend to avoid this Japan car auction due to the distance from port as well as being in a snowy area (more rust)

TAA Yokohama.  Since 2005.  2-3000 cars per week.  Saturday auction.  The same as Kanto, a good reliable auction with excellent grading of cars.  This is not a snow area so rust is not a major issue.  Recommend bidding on this Japan car auction as well.

TAA Chubu.  Since 1999, a new auction premises.  Based in the Nagoya area.  Thursday auction.

TAA Shikoku.  On the smallest of Japan’s 4 islands.  Look at paying another 15,000yen of transportation costs to get your car to the closest exporting port, Kinki.  Tuesday car auction.

TAA Kyushu.  Tuesday car auction.  Based at the top of Kyushu, Japan’s most southern island.  Look to be paying an extra 20 to 25,000yen to get your vehicle up to Kinki, the closest exporting port.  The quality of cars would be one of the best in Kyushu amoungst the Japan car auctions.

TAA Minami Kyushu.  Tuesday car auction.  This auction is in the southern part of  Japan’s most southern island.  Look to pay an extra 30,000yen when purchasing from this auction.

In our experience Toyota Auto Auctions tend to be stricter than other auction houses.  Once we bought a car that was graded 2.5 in a TAA auction and then resold it in a USS auction where they gave it a grade 3.5!  Nothing was done to the vehicle.

You can bid with confidence in the TAA auctions, being the strictest auction houses in Japan.

Get access today to TAA and other used car and truck auctions in Japan.  View cars sold in the auctions yourself.